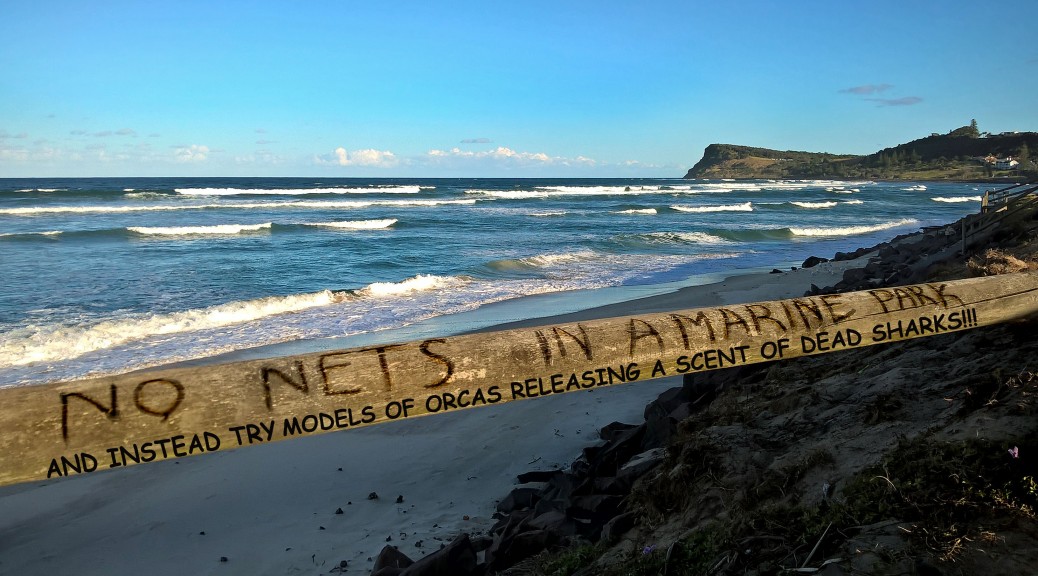 Whatever your thoughts on shark mitigation, before you make any social media comments,  there is one Golden Rule: RESPECT everyone’s opinions. Above all show compassion for the human element and some empathy for victims.

Statistics of what seem like tiny percentage of shark bites, passed off as trivial and insignificant, all still come down to a human cost. The implications reach way further than the rare deaths of victims or a few ‘lucky’ ones that survive.

The trauma related anxiety can flow on to victims’ families, friends, rescuers, witnesses, bystanders and not just those directly impacted.  The trauma can penetrate into the psyche of close-knit coastal communities where without the right trauma education and support, sadly can lead to many developing P.T.S.D. (Post Traumatic Stress Disorder).

Opposing opinions on shark mitigation has created a great divide and the debate has turned into a raging argument of hostile combating, nasty fighting words and even some serious BULLYING to threats of physical violence.

While the ocean going community here  in the Northern New South Wales region of Australia has always laughed off the mass-media shark demonising, hysteria and hype of the ‘Jaws’ (and recently ‘The Shallows’) movies, the fear of another shark attack in this region has become quite real and valid.

And just like Jaws the authorities find themselves hapless. But it’s another movie quote that’s more pertinent: from Stars Wars: Yoda; “I’ve got a bad feeling about this… Fear leads to anger, anger leads to hate. Hate leads to suffering.”

Here is a great example of the Golden Rule. It’s a powerful message in a video account from Dale Carr, a shark survivor and victim support group member of Bite Club :

RESPECT! Got it! Let’s move on…

PART TWO – What ‘IF’ solution?

The entire debate around sharks and mitigation options is way more a complex issue to deal with and explain than ‘throw-away’ one-liners or quick hit comments on social media.

I have tried to find the middle ground between ‘cull or cuddle’ of sharks. My efforts into bulk research and interviewing people on both sides has led to this possible crazy solution to consider (at least as a trial) which could be the compromise between killing more sea-life and protecting human life…

MODELS OF ORCA’S… EITHER, POSITIONED OR TRAWLED ALONG POPULAR OCEAN USER LOCATIONS… SLOWLY RELEASING  A CHEMICAL SCENT OF? …  !DEAD SHARK! 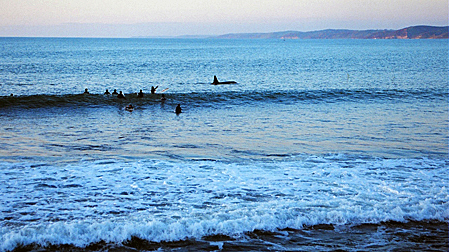 The smell of dead sharks repelling other sharks rumour comes from fisherman who would trawl a dead shark to keep others away from interfering with their fishing. And also other ‘customary ways’ of some Polynesian cultures, when sharks can become problematic, the odd  individual threat is given a bit of ‘a bashing’ thus sending a message out to other sharks, time to move on.

However, forget the rumours and myths, scientists (and not just TV’s MythBusters CONFIRMED) have documented evidence of the dead shark scent repellents effectiveness.

Why Orcas? Because Orcas are the true Apex Predator of the ocean and scientists have confirmed that even the Great White Shark is no match. In the G.W’s ‘wisdom’ after an Orca has killed one of their own, they are GONE! All G.W.’s in the vicinity move on! Disappear immediately! At times great distances, like for example non-stop one-way ‘flights’ from California to Hawaii.

Moving ‘the problem’ to somewhere else, comes down to a practising ‘nature’s method’ at coastal stretches prioritised by human population and popularity. Yes the more isolated areas along the coast (or better still further out to sea) may become more shark infested and a bigger risk for those minimal few humans who enter the water in isolated locations.

But there is a massive amount of isolated Australian coastline and one mighty bigger ocean out there for sharks to inhabit and still allow humans to share. These more isolated locations would then have to be known (and regarded) as non-patrolled / non-protected true wildernesses.

(Here is one reference of the Orca V Great White ‘fight or flight’. In what is a very good and interesting National Geographic documentary, if wanting to find the very relevant watch point go to the 33 min to 45 min period.)

Also watch this from MythBusters as to general shark repellent:

(And another different Shark repellent experiment – Oceans – BBC -Philippe Cousteau Jr and Tooni Mahto dive into shark-infested waters off the coast of the Bahamas to test a repellent made from dead shark tissue.)

(Here is also a link to some of the work by Bec Wellard a young researcher from Curtin University at the forefront of Orca sounds and opening another possibility to audio repellents.)

One thought on “Shark Mitigation”