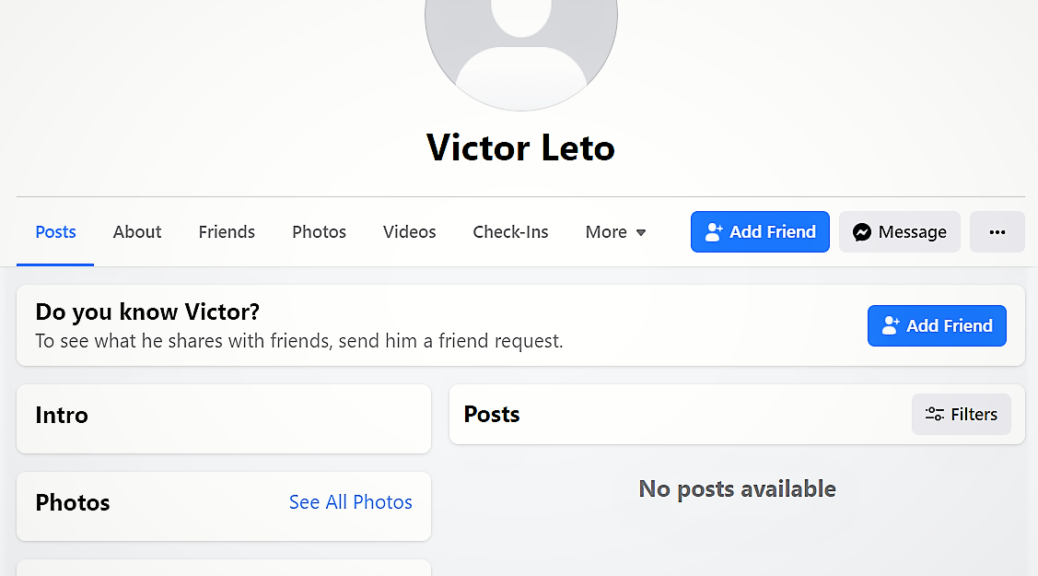 Yes, this old D.J. has fallen from the cloud. DE-platformed just like that other silenced D.J. Trump.

You see, in mid-August 2021 the N.S.W. Police Minister David Elliot warned “people should not physically attend anti lock-down / vaccine protest rallies…” and instead suggested “…express your protest passively and safely to the media or online.”

In response I made a YouTube video titled ‘Passive Protest.’

Upon sharing on Facebook within 48 hours my book no longer had a face. My video had not a skerrick of hate, abuse or misinformation. In fact, content included actual video grabs of N.S.W. Premiere Gladys Berejiklian and Chief Health Officer Kerry Chant substantiating the very stats I presented.

I was strong and dark humored with my opinion. But why should Gladdy and Kezza’s daily statistical information (overload) be exempt from scrutiny in this topic of such contention where public health in the overall socioeconomic picture is lost in their equations. Mental health and peoples livelihood are critically at stake!

But hey, so much for my right to ‘passive protest’ in a law biding way! So much for debate in our democracy!! So much for free speech!!!

Judge for yourself, you can watch the video here: https://youtu.be/fdiYShhNEjU

Now my Facebook is reduced to a name and a lifeless cameo silhouette. EVERYTHING IS LOST. Not one post, word, comment, photo, contact, message, or even an emoji remains. All GONE, after 14 years loyal customer presence hanging out in the FB cloud with my friends, family, strangers (some becoming friends), and vast connections networking with the local to global community.

I’m still awaiting confirmation that my appeal even got through, let alone if reinstatement will happen, as its virtually impossible to get anywhere past the Artificial Intelligence ‘NON’HELP Centre. Here, are endless detours, roundabouts and dead-ends specifically designed to ensure there is no human contact. All, basically designed to ensure nobody penetrates their cyber-base-headquarters.

And so, dazed and confused in the procedural rigmarole of this MEGA MONSTER CLOUD, I wasted at least another day of my life (non)-communicating with no-one. Talk about Ghosting!

Even I, who believes himself to be a tough trooper, now had to deal with the confrontations of my own mental health and emotional being. In an instant, a significant segment of my life history sadly vanished into thin air without a trace like some ‘Missing Virtual Person’.

The initial shock, confusion (and panic) of this new reality has sent me on a profound journey unfathomable to explain. Begging so many questions:

Did this BEHEMOTH CLOUD weigh heavy on me? Clouds, no matter how pretty or alluring, hold tonnes of water-vapour, and when inside we essential are immersed in fog. And, with no warning the cloud broke and suddenly I found myself having to grow wings to fly above its weighty limitations, expectations, obligations (addiction???)

Was I following a daily routine worshipping a variety of screen-size gods from the clouds? Was I under the spell (cult-control?) of ‘a cyber religion’ dominating me to follow the prevailing daily weather patterns produced by the cloud? Hey, when long-term daily weather is taken into account (like say 14 years) weather can be modelled as ‘a climate’. A ‘social-media warming’ crisis?

Is this an opportunity to permanently escape the clutches of the monster? Can I look into a cyber-life from now on with a cloudless clear sky view, breathing new crisp fresh air?

Am I glimpsing on the horizon a return to a simpler, more natural way of life? Is that even possible today in an atmosphere already saturated with A.I., techno dependent mass-information overload, that seems (is) inescapable and necessary to just operate and exist?

Can I choose to independently manoeuvre myself through or around the cloud? I caution myself to remain aware of its essential use, that I don’t perhaps throw out valuable collected rainwater, nor overthrow the worthwhile in deciding what portions to keep or throw away. As regardless, ‘it’ does serve valuable functions for modern humanity.

But I have much irritation and indeed anger with our (over)-A.I. Governed world as we submit and allow ‘it’ to decide and over-rule us (we as humans) becoming ‘its’ servant and not ‘its’ master!

Worse still, would be a human hack, hacking out my tongue to silence my voice. Perhaps for example, someone finding my differing opinion intolerable and being reported to the unconscionable A.I. At the mercy of ‘its’ DE-Activation button passing ‘its’ judgement, incapable of ‘it’ understanding human conversation, explanation and open debate.

This would present the saddest and darkest storm cloud of all; hiding behind the arrogance (and dangerous) control of a giant social media entity that has become a law unto themselves.

Not sorry if I offend, but our society today is more than ever divided and polarized, and ESSENTIALLY more than ever, demands our RIGHT TO FREE SPEECH!!!