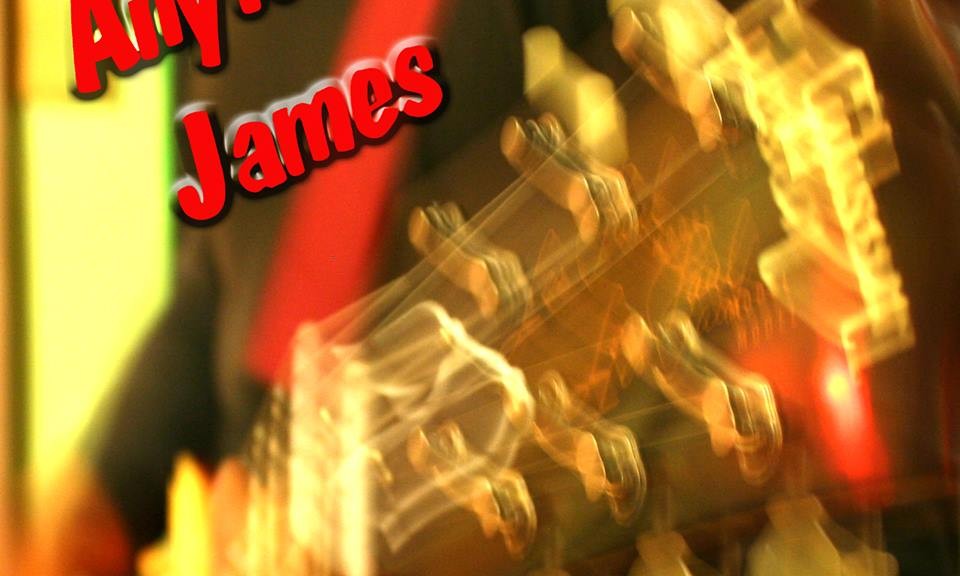 Toward the close of 2014 I interviewed musician Michael Gibbons as he was about to lay down his debut album at 48 (and lay down his life dream) for a  2015 release . I was privileged to witness a jam session with Michael and band at the Lucky Boy Analogue Recording Studios in Byron Bay.

After shooting a few photos I then ending up working on a draft design for the Anytime James CD cover. 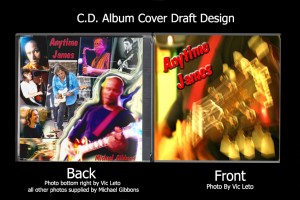 At 48 it’s a culmination of his whole life in music. As a child Michael musical influence began by listening on to his mother’s old reel to reel African music tapes from her native Ghana. He first picked up a guitar at 18 and by 27 he left behind a band to write songs that translated beyond the mainstream to him as an individual.

Growing up in Sydney’s Dee Why, Michael fell in love with the Northern Rivers of NSW region on his first visit in 1980. Longer visits each time finally led to a permanent move to Lennox Head in 1997. Six years ago Michael’s guitar teacher in Lennox at the time was Geoff Wright who is a first class world renowned musician having worked with the likes of Tina Turner and J.J. Cale, just to name a few.

Eighteen months ago Michael again sought out Geoff for more lessons and to maybe cut a Demo tape as Geoff in recent years had converted the old ‘Bay F.M.’ building into a recording studio. With Geoff very impressed by Michael’s advancement and both excited by their shared passion for analogue sound, instead of just a Demo they ended up collaborating, producing and recording Michaels work as “Anytime James”.

Michael’s dream had always been to find a way, facility and platform to sketch out, document his feelings and ideas so asked Geoff if he would consider a financial investment in the studio. And so began their partnership in ‘Lucky Boy Analogue Studios’.

Michael’s preference for analogue sound is the perfect medium to bring out the pure texture and tones of his music. Any likeminded artists looking for a traditional analogue recording sound backed by a master producer such as Geoff should contact and connect with Lucky Boy.

Gibbons music can be loosely described as a kind of early 70’s Rolling Stones cross 60’s – 70’s Detroit sound mixed with rhythmic waves.  The “Anything James” album, just like Michael Gibbons is far from the clichés and mediocrity the pretentious pop music culture usually dishes up and presents a unique, raw sound with the lyrics of a somewhat sarcastic poet.

Michael attributes the evolvement of his creativity to that vital decision to move to Lennox where living here instead of the city has fine-tuned his personal volume and contrast controls.